What a Difference a Year Makes for NFL Receiver Austin Collie 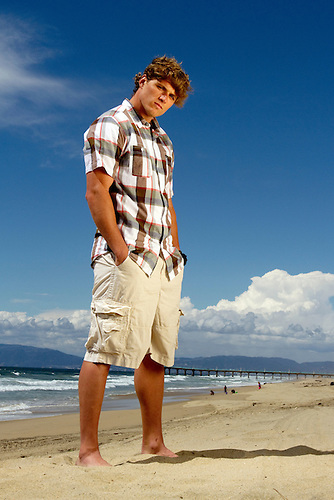 Boy, talk about having to draw on patience and understanding.

This past summer I shot Indianapolis Colt wide receiver Austin Collie for a Sports Illustrated profile. In the few hours I spent with him, I found him to be a extremely nice guy. He was patient and accommodating during the off-season shoot. Little did he know that his patience, already on trial with Collie and others waiting on the outcome of a new labor contract, would be put to the test again as the season started.

Collie has, for better or worse, been anointed the poster child for concussions in the NFL. He’s suffered a couple of brutal hits and been knocked out cold more than once. But that hasn’t stopped him. In fact, the concussions, I can only imagine, are probably the furthest thing from his mind this year. He’s dealing with going from a Colt offense that behind future Hall of Famer Peyton Manning threw and threw and threw. With Manning out and third stringer Curtis Painter taking the snaps, the Colts are still looking for their first win of the year and Collie’s numbers are way off his previous years.

Consider the comparison after five games last year (Peyton behind center) and this year (Collins and Painter at QB) and it’s easy to see what’s up. As the Indianapolis Star wrote, “Collie was one of the league’s hottest receivers: 37 receptions, 446 yards, five touchdowns. Five games into this season and heading into Sunday’s game at Cincinnati, he has 12 catches, 119 yards and no touchdowns. Consider the 2010 season opener at Houston, where Collie had 11 catches, 163 yards, one TD. In this year’s opener against the Texans, he was shut out.”

Every player in every league, from Pop Warner to the NFL, knows how quickly you can go from top to bottom. It’s part of the culture. Here’s hoping Austin Collie, a top notch receiver and a genuinely nice guy, gets back to the top soon.

(For more images of NFL receiver Austin Collie and his family, go here)