Passing the Buck with the Inmate

The state is beginning to transfer inmates to county jails. Great, as if the jails had any room. Nothing like the state shifting the financial burden to the county. Next the county will shift it to the taxpayers. 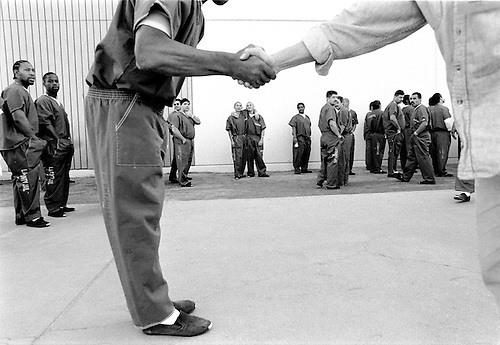 I’ve been inside Men’s Central Jail downtown as well as in the county lock-up in Castaic, about 40 miles north of downtown. Known as Pitchess, it’s located in a rural setting and once housed a fully functioning dairy farm that allowed inmates to hone their milking skills. Mostly, though, it’s a cramped lock up with gangs clearly staking out turf while awaiting transfer to state prisons. Now it’s about to get more crowded. Already the LA Times is reporting that the LAPD is staffing-up in anticipation of a rise in crime when many inmates are released early in a attempt to free up space. Sounds like political pandering, but if you happen to see a abundance of orange jumpsuits cruising Broadway downtown, call and thank your state legislator.