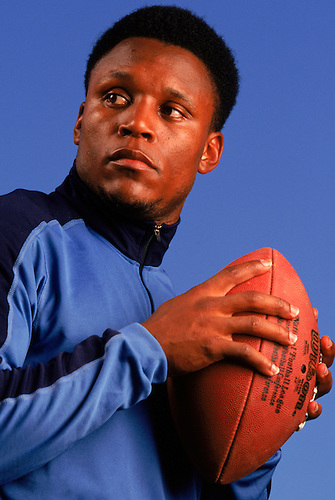 The last time the Detroit Lions generated any hype, this man was still breaking defensive back’s ankles with unbelievable moves. Watching him hit a hole and power through the secondary made me want the Lions to be on TV. I don’t know too many Lions’ fans, but I do know a lot of people, including those from the motor city, who never understood why one of the NFL’s greatest running backs retired suddenly and permanently. In light of the Lions surprising 5-0 start, I thought I’d post this shot I did of Barry Sanders a month or so before he unexpectedly announced his retirement.