Security and the Right to Photograph 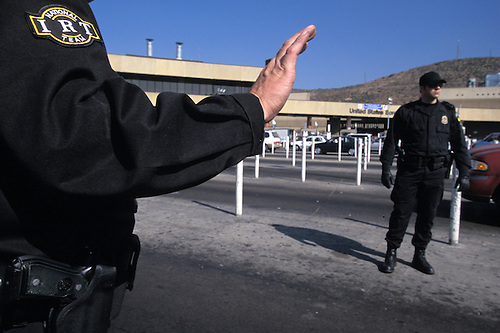 Added security of those entering the country. ©Todd Bigelow

Rather good timing for this refresher from the ACLU. Many of my students at Cal State University, Northridge and UCLA ask questions about where they can legally take photographs. My standard response is that if you are photographing from a public location and shooting images easily seen from such a location, then you’re good.

One result of 9/11 being explored by media during the week long lead-up to the 10 year anniversary is the added security in our society. Few will argue that added security is a good thing, but photographers and law enforcement have had many run ins over the decade since the terrorist attacks that clearly show a pattern of increasing harassment of photographers working within their constitutional right (you know, the 1st Amendment and all).

Give this link a look over. It’s a worthy refresher on the right to photograph in public: http://www.aclu.org/free-speech/know-your-rights-photographers

When you’re done with that, give NPR a listen as they have a frightening report about surveillance in the Mall of America that illustrates a drastic change in surveillance of Americans following 9/11. http://n.pr/plxOzO