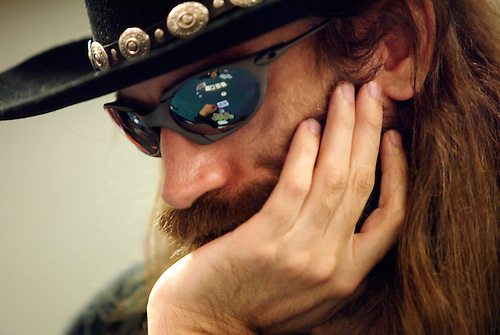 Who ever thought ten years ago that poker players would become stars in hit reality shows and go on to generate a massive online business playing poker would easily classify as a genius.

But who would have predicted that one of the world’s biggest online poker sites would be taken down and called a ponzi scheme?

Turns out, Full Tilt Poker is being investigated for running what the Fed’s are calling a ponzi scheme. According to various reports including those in the Wall Street Journal and Los Angeles Times, Full Tilt Poker’s Chris Ferguson, he of the “Jesus” moniker, cowboy hat and long hair, along with co-founder Howard Lederer, were helping themselves to a large pile of money and now can’t meet their financial obligations to the site’s participants. Where’s the money? Apparently in bank accounts overseas. How convenient. 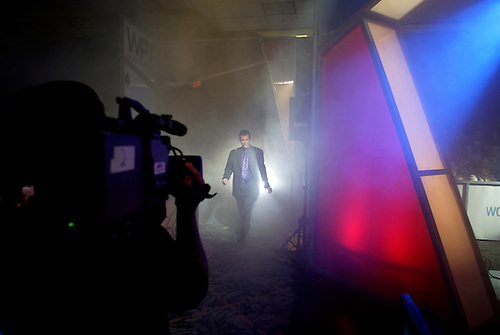 I photographed a story for Sports Illustrated in 2003 when poker was on fire. Literally and figuratively. Contestants on the hit show World Poker Tour would strut themselves onstage thru smoke and rows of screaming, Beatlesque fans. Tiny cameras showed the audience the cards held by each without revealing the hand to each contestant and drama was built by names like the Unabomber and Jesus. Stare downs, hoodies draped overhead and dark glasses helped build a following that surely helped online poker play become the billion dollar industry it is today. Celebrities who years earlier in a hipster faze had all become cigar smokers eagerly joined the ranks. Ben Affleck became as common a site at high stakes poker as Laker’s owner Jerry Buss (and that’s saying a lot!). All you needed was the entry fee for the World Poker Tour events and, voila, you had a shot at the pot.

in a Fantasy Football league. The league draft was held in a off-strip bar under no fanfare. No media (except me and a writer), no showgirls or Monster drink reps. Just a crew of top players like Eric Lindgren and Daniel Negreanu creating fantasy football teams. Between mugs of beer and trash talking one another, Lindgren and Negreanu made side wagers with one another into the six figures. All in a poker champ’s day, I guess.

Kind of reminds me of the day in the life of Bernie Madoff, only he gambled on stocks instead of cards. Until it all came crumbling down.