I’ve seen a lot of really talented, young photographers coming out of various colleges and universities in the past few years, their portfolios showcasing meaningful images of social concern such as poverty and drug use. Their slick, digital portfolios transition from classic reportage to subtle portraiture and on to sports related imagery effortlessly as soft music guides the viewer along. Such a presentation reflects the clear direction of photojournalism programs to prepare the next generation of photographers for the world that awaits them once the cap and gown come off. 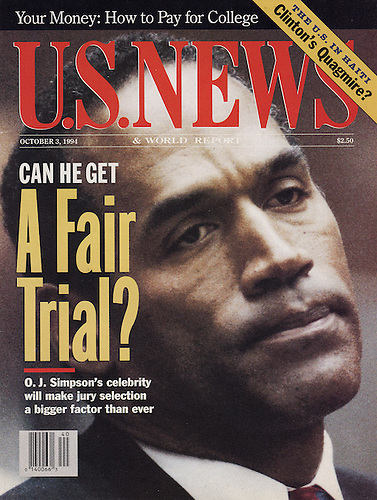 Once a challenger to TIME & Newsweek, US News & World Report no longer publishes a weekly news magazine.

Too bad that world is poised to chew them up and spit them out.

There’s no argument that students today are aptly prepared to create quality images. They take classes ranging from photojournalism to audio/video, from lighting to sports action. They learn quickly how to create beautiful presentations of their work before graduating. But that’s merely the technical side of the equation. Important, yes, but less so if the business part of the education is neglected.

Photojournalism programs need to evaluate how well prepared their students are for today’s environment because it’s drastically different from even five years ago. And the evolution is hardly complete.

Which begs the question that should be on everyone’s mind: How will the emerging class of photojournalists earn a living?

Twenty years ago it wasn’t difficult to find a staff photographer job at a local paper upon graduation. Today? Good luck. First, if a local paper still exists, it’s likely been trimmed to the point of near non-existence. Although some community papers are weathering the publishing downfall better than their big city brothers, many across the nation have disappeared. And their larger counterparts have suffered even more. Mid and large size newspapers with sizable photo staffs like the Rocky Mountain News, Seattle Post Intelligencer, Honolulu Advertiser (this week), Albuquerque Tribune, Tucson Citizen and The Christian Science Monitor are just a few named by the website http://newspaperdeathwatch.com/ that have vanished. Some have moved to online only, but the point remains crystal clear. Staff jobs, once a meaningful way to enter the photojournalism profession, have gone the way of the afternoon paperboy and the mom-and-pop hardware store. And rest assured they are not coming back.

Ask them about copyright, licensing, work-for-hire and other contractual issues and you’re likely to be met with stone cold silence. Inquire about their understanding of creative fees, expenses, flat fees, space over rate fees, guarantees versus day rates, and other assignment fees and you might as well be talking to a wall. Ask them about distribution arrangements and it’ll be like asking them to explain how a CMOS sensor works. “Huh,” they’ll grunt. “How do you plan to get your photos seen?”, the teacher will ask. “Oh, either Facebook or Flickr, I have accounts at both,” the student will likely respond.

The point is that a photojournalist’s education must include a thorough foray into the business world. Not a lecture or two, but an entire semester at the minimum. Doing otherwise is like graduating a mechanic with his new set of shiny, Craftsman tools but who has no idea how to start building a motor. What’s the point? You’re short-handing the student before their career even starts.

With freelancing careers by far the norm now and in the future, we owe it to our own profession to prepare them well. By doing so, we all contribute to the growth of the industry in a healthy manner. Too many of us already have seen the repercussions from photographers who don’t know the value of their copyright or who don’t understand what “use in perpetuity and in all mediums” actually means as far as dollars and cents. The institutions of higher learning owe it to their students to give them the business sense necessary to sustain themselves in today’s world. Otherwise, the majority of the graduates will face a uncertain career marked by an inability to provide for themselves, much less a family, without taking on a different career path.

And that’s no stretch at all.

0 comments on “Pomp & Circumstance: The Future for Photojournalism Grads”