If “Citizen Journalist” is Acceptable, Why Not “Citizen Lawyer” or “Citizen Doctor”

If I swing a hammer on the weekend and build myself a nice birdhouse, am I now a carpenter? 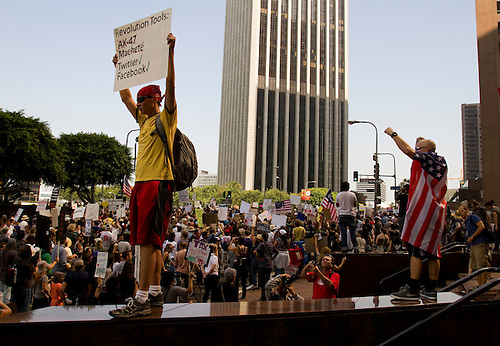 Does using social media make everyone a “citizen journalist?”

Does disinfecting and placing gauze on a gash make me a doctor?

If I am cited for speeding and defend myself in court as is allowed, does that make me a lawyer?

No, no and definitely not.

Journalists are trained professionals who hold degrees from universities just like doctors, lawyers, scientists and professors. We take courses in humanities, techniques, history and ethics to name a few. We work in a environment where professional standards and limitations apply as much as they do to a lawyer in a courtroom. And there is no way a citizen can learn to be a journalist without proper education and training any more than I can learn to be a lawyer without attending law school.

Why is this an issue? Because the blurring of lines between journalists and yahoos with cameras is gaining momentum. Police are at the forefront of this issue because they must delineate between the two. For example, amid the cacophony of chants and drums from last week’s Occupy march in LA were a chorus of profanity laden, derogatory remarks aimed at police and others by “citizen journalists” roving with professional looking cameras and audio recorders. Were they actual journalists? Not even close. They were participants who were advocating for a cause and exhibiting behavior that any journalism intern would know is unacceptable. The police and public need to differentiate between the trained professionals and the rest with recording devices. Real photojournalists or journalists will not entice police and then record and publish their aggressive reaction. That is clearly unethical, but ethics is not understood by the untrained “citizen journalist” whose main goal is more likely to involve getting their personal perspective published as opposed to documenting reality.

And the media themselves need to stop using terms like “citizen journalist.” The term is used primarily as a fake authentication of the content that’s coming from a untrained person. As staff reductions continue to rip through newsrooms, more media outlets are relying on non professionals to supply content. The local KCAL 9 uses content from their “Street Teams,” a term that denotes a vision of a group working on behalf of the news organization. But that’s not the truth. In reality, it’s just another citizen with a camera or smartphone that sent in a image or video. KCAL is hardly alone. Major news organization CNN just announced that they will employ fewer photojournalists partially as a result of technology allowing for more “user generated” content. From a CNN memo posted on MediaBistro.com:

As more and more “user generated” content is published and more “citizen journalists” participate in news gathering, the distinction between professional journalist and anyone with a camera is blurred further. To make matters worse, city law enforcement such as LAPD, NYPD, SFPD etc, long ago began restricting the credentials issued to professional journalists to only those associated with “full time” news gathering within the city. Anyone not meeting that criteria are denied official press credentials. For years, I was credentialed through the LAPD as a photographer for TIME magazine. But that came to a screeching halt one year when LAPD informed TIME that the magazine and I were not involved in full-time news gathering in the city. I’ve been without a credential ever since.

Would you hire a unlicensed contractor to build your home? Should the courts allow unlicensed lawyers to practice law? Would you allow a doctor without a license to perform surgery on you?

I didn’t think so.

For more images of Occupy LA, please go HERE and search the Keywords for “Occupy”.

6 comments on “If “Citizen Journalist” is Acceptable, Why Not “Citizen Lawyer” or “Citizen Doctor””